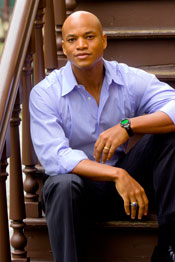 Two boys from Baltimore with the same name -- one becomes the first African American Rhodes Scholar ever from Johns Hopkins University while the other boy serves a life sentence in prison. Violence, drugs, single mothers, uninformed choices, all played critical roles in their development, but they have radically different futures.

Wes Moore wrote to the other Wes Moore in prison, the beginning of a deepening relationship consisting of letters and visits. Wes Moore served as an Army Officer in Afghanistan and worked as a special assistant to former Secretary of State Condoleezza Rice. He works as an investment professional in New York.