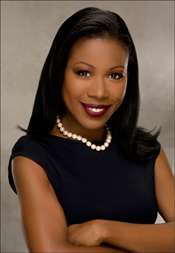 In The Warmth of Other Suns, Isabel Wilkerson chronicles the decades-long migration of African Americans from the South to the North and West through the stories of three individuals and their families. Over a decade in the writing and research, and drawing on archival materials and more than 1,200 interviews, Wilkerson traces the lives of Ida Mae Gladney, George Starling, and Robert Foster, from their difficult beginnings in the South, to their critical decisions to leave and look for a better life in Chicago, New York, and Los Angeles.

Isabel Wilkerson won a Pulitzer Prize in 1994 for her feature writing in The New York Times, making her the first African American woman to receive a journalism Pulitzer. She has also won a George S. Polk Award, a Guggenheim Fellowhip, and a Journalist of the Year award from the National Association of Black Journalists. She is Professor of Journalism and Director of Narrative Nonfiction at Boston University.