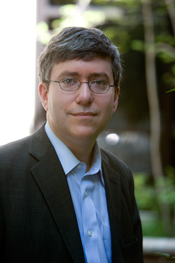 In The Invisible Line, Daniel Sharfstein follows three families, from the Revolutionary Era up to the Civil Rights movement, as they straddle the color line and change their racial identification from black to white. While previous stories of "passing" have focused on individuals' struggles to redefine themselves, Sharfstein's subjects managed to defy the legal definitions of race within their own communities. For members of the Gibson, Spencer, and Wall families, what mattered most was the ways that their neighbors treated them in spite of their racial differences.

Daniel Sharfstein teaches at Vanderbilt University Law School, focusing on the legal history of race in the United States. He is a graduate of Harvard College and Yale Law School.