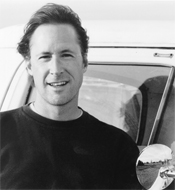 On April 23, 1967, Prisoner #416J (James Earl Ray) escaped from the Missouri State Penitentiary. Using the alias Eric Galt,  Ray drifted through the American South, into Mexico, and then to Los Angeles. The following year Martin Luther King, Jr. went to Memphis to support the striking sanitation workers. Hampton Sides follows Galt and King as they crisscross the country, until the crushing moment at the Loraine Motel. His riveting narrative follows the assassin's flight and the 65-day search that led investigators to Canada, Portugal, and England.

Magnificent in scope, drawing on a wealth of previously unpublished material, this nonfiction thriller illuminates one of the darkest hours in American life. Hampton Sides is the author of Ghost Soldiers and Blood and Thunder. He is editor-at-large for Outside Magazine and has written for National Geographic, The New Yorker, Esquire, Preservation and Men's Journal. His magazine work has been twice nominated for National Magazine Awards for feature writing.