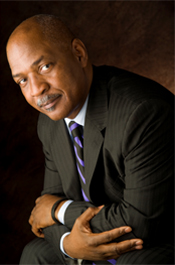 On July 16, 2009, Henry Louis Gates, Jr., a renowned Harvard University professor acclaimed for his work on racial justice, was arrested by a Cambridge police sergeant. The reasons for his arrest would come under scrutiny, raise questions about racial profiling, and set off a firestorm in the media, finally culminating in the "beer summit" at the White House. Charles Ogletree, one of the country's foremost experts on civil rights, puts the now infamous event in the context of the complicated history that exists at the intersection of race,, class, and crime in America.

Charles Ogletree is the Jesse Climenko Professor of Law at Harvard Law School and the founding and executive director of the Charles Hamilton Houston Institute for Race and Justice at the law school. He has received numerous awards and honors, including being named one of the 100+ Most Influential Black Americans by Ebony Magazine. He is the author of All Deliberate Speed.