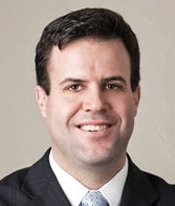 On March 30, 1981, President Ronald Reagan was shot by a would-be assassin. For years, few people knew the truth about how close the president came to dying. In his new book, Rawhide Down, Del Quentin Wilber provides a minute-by-minute account of that harrowing day. Wilber interviewed more than 125 people, many of them for the first time.

With cinematic clarity, we see the Secret Service agent whose fast reflexes save the president's life; the brillian surgeons who operated on Reagan as he was losing half his blood; and the small group of White House officials trying to determine whether the country was under attack.

Del Quentin Wilber is an award-winning reporter for the Washington Post. He has spent most of his career covering law enforcement and sensitive security issues, and his work has been a finalist for the Pulitzer Prize. Wilber will be joined by Dr. Paul Colombani and Dr. David Gens, who were young surgical residents at George Washington University Hospital who helped treat Reagan. Dan Rodricks of the Baltimore Sun and WYPR-FM will moderate the discussion.

Dr. Paul Colombani has been the Children's Surgeon-in-Charge at the Johns Hopkins Hospital since 1991. He is the Robert Garrett Professor of Pediatric Surgery and Professor of Surgery, Oncology, and Pediatrics. He also directs the Pediatric Transplant Program at Hopkins.

Dr. David Gens is Associate Professor of Surgery and the top attending surgeon at the Shock Trauma Center, University of Maryland Medical Center.