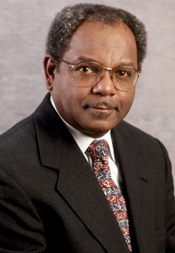 Beating the Odds is the improbable, inspiring autobiography of financial guru, Eddie C. Brown, one of the nation's top stock pickers and money managers. It details how Brown skillfully kept Brown Capital Management afloat through the dot-com bust, 9/11, and the Great Recession. Born to a 13-year-old unwed mother in the rural South, this African American investment whiz created a Baltimore-based financial firm that amassed more than billion under management.

Brown writes about the profound heartbreak and disorientation upon the death of his grandmother who was his surrogate mother. He describes how his moonshine-running Uncle Jake subsequently became the dominant adult figure in his life. Brown details how intellectual curiosity, abiding self-belief, hard work, and divine providence helped him earn an electrical engineering degree, become an Army officer, and later a civilian IBM engineer. He left IBM to earn an MBA, followed by investment jobs that prepared him to start his own money management company in 1983.