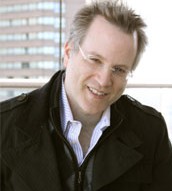 Thad Roberts, a fellow in NASA's prestigious Neutral Buoyancy Laboratory, had a romantic, albeit crazy, idea: he wanted to give his girlfriend the moon. Roberts convinced his girlfriend, also a NASA fellow, and another female accomplice to break into an impregnable lab at NASA's headquarters and help him steal the most precious objects in the world: the moon rocks.

To get to the lunar vault, Thad and his accomplices would have to go through the high-security entrance of Building 31, the most protected structure at the Johnson Space Center, wind their way past a half dozen additional checkpoints until they came to an electronically-locked steel door with cipher security codes and monitored by a camera-lined hallway. The safe where the moon rocks were stored was labeled "Trash" and was something out of a Swiss bank: three-feet thick made out of steel with an enormous combination wheel that took at least two people to turn.

Against all odds, the team made a clean get-away (at 5 mph no less, the compound's inflexible speed limit). But what does one do with an item so valuable that it's illegal even to own? And was Thad Roberts -- undeniably gifted, picked for one of the most competitive scientific posts imaginable, a potential astronaut -- really what he seemed?

Ben Mezrich has created his own highly addictive genre of nonfiction, chronicling the amazing stories of young geniuses making tons of money on the edge of impossibility, ethics, and morality. Mezrich has authored 12 books, including Bringing Down the House and The Accidental Billionaires, which was adapted into the movie, The Social Network.