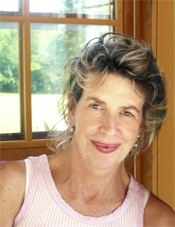 Barack Obama, father of the American president, was part of Africa's "independence generation." In 1959 it seemed his star would shine brightly: he came to the U.S. from Kenya on a university scholarship. In Hawaii, he met Ann Dunham and his son Barack was born. He left his young family to study for a Master's degree from Harvard.

Obama was a brilliant economist, yet never held the coveted government job he felt should have been his. He was a polygamist, an alcoholic, and an ardent African nationalist unafraid to tell truth to power at a time when that could get you killed. Father of eight, nurturer of none, he was an unlikely person to father the first African American president of the United States. Yet he was, like that son, a man moved by the dream of a better world. Through dozens of exclusive new interviews, prodigious research, and determined investigation, Sally Jacobs tells his story.

Sally Jacobs has been a reporter for more than three decades, most recently with The Boston Globe.