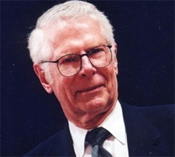 In The Lion of Judah in the New World, Ted Vestal relates how Emperor Haile Selassie helped shape America's image of Africa and how that image continues to evolve in the United States today. Haile Selassie was the first African head of state to be honored with a tickertape parade in New York City and the first to spend the night at the White House. What was it about this charismatic emperor that so captivated Americans and how did he become a symbol of all Africa?

Theodore Vestal is professor emeritus of political science at Oklahomas State University, the American university with the longest continual relationship with Ethiopia. He went to Ethiopia as a Peace Corps executive in 1964 and has maintained a scholarly interest in the country and its people ever since. Vestal is the author of International Education: Its History and Promise for Today; Ethiopia: A Post-Cold War African State; and The Eisenhower Court and Civil Liberties.