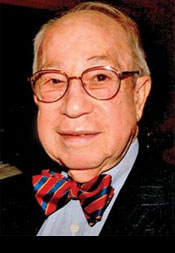 In July 1942, American prisoners of war were performing Julius Caesar on a makeshift stage in Burma at the same time that the Tommy Dorsey Orchestra played the Hippodrome Theatre on Eutaw Street. In June 1944, more than 3,000 U.S. Marines died capturing the Mariana Islands in the western Pacific Ocean while fans back in Baltimore were cheering the International League Orioles in their successful bid for a championship.

These are just two of the startling juxtapositions that Gilbert Sandler writes about in his account of life on the home front in Baltimore during World War II. Rarely seen photographs from the Baltimore Sun, the News-American, and the Afro-American bring to life the rich, personal anecdotes of wartime Baltimoreans and transport readers back to an indelible era of Baltimore history.

Born and raised in Baltimore, and a service member in the Navy during WWII, Gilbert Sandler is author of Jewish Baltimore: A Family Album and the award-winning Small Town Baltimore: An Album of Memories. Sandler hosts the popular "Baltimore Stories" series on WYPR-FM.