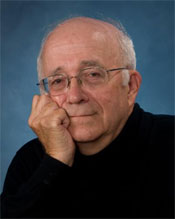 After sifting through hundreds of documents including articles from the leading black weeklies, the papers of pivotal figures such as Effa Manley, Branch Rickey, and Jackie Robinson, and interviews with Negro League players and their fans, Bob Luke tells the story of Negro League baseball in the context of the Jim Crow society in which it thrived. He shows the inner workings of the leagues and their teams, the conflicts between players and owners, the uplifting impact the games had on African Americans, and the tireless contributions to the game of  Effa Manley, the only woman in the Baseball Hall of Fame.

Sociologist Bob Luke had a 40 year career in human resource development before authoring The Baltimore Elite Giants and The Most Famous Woman in Baseball: Effa Manley and the Negro Leagues.