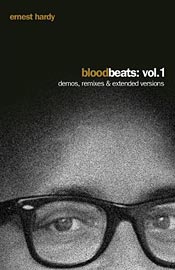 Film and music critic Hardy has been a juror at Sundance and other film festivals around the country.

Ernest Hardy writes about film and music from his home base of Los Angeles. His criticism has appeared in numerous national publications and in reference books.

He is the winner of the 2006 ASCAP-Deems Taylor Award for excellence and the 2007 "Beyond Margins" award from the PEN American Center. A Sundance Fellow and a member of the Los Angeles Film Critics Association, he has sat as a juror for the Sundance Film Festival and other film festivals around the country.

His critically acclaimed book Blood Beats, Vol. I was published by RedBone Press in 2006; Blood Beats: Vol II is due out later this year.