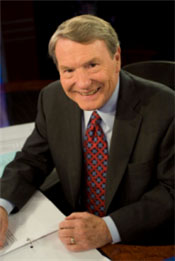 The man widely hailed as "the dean of moderators" looks at more than 40 years of televised political debate in the United States. Drawing on his own moderating experience, in-depth interviews with the candidates and his fellow moderators, and transcripts of key exchanges, Lehrer sheds light on all the critical turning points, major moments, and rhetorical faux pas that helped determine the outcome of America's presidential elections.

Jim Lehrer is the author of 20 novels, two memoirs, and three plays, and for years has been the executive editor and anchor of the PBS News Hour.