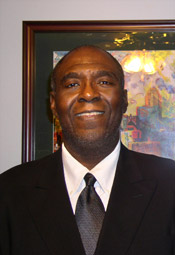 During a dream, Dr. Martin Luther King, Jr. meets actor Gregory Gibson Kenney at the Lincoln Memorial. Dr. King shares four speeches, how he wishes to be remembered, and how fear is no longer a factor in his survival. Mr. Kenney portrays both Dr. King and the narrator.

A professionally trained actor, Gregory Kenney studied at the Pittsburgh Playhouse in association with Point Park College. He has performed in numerous feature films, theatrical productions, and commercials. In 1998 Kenney was awarded the YWCA Racial Justice Award. He serves on the Education Advisory Board of the National Basebal Hall of Fame.