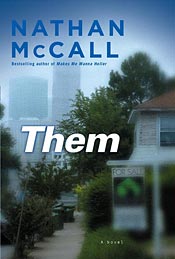 Nathan McCall reads and signs his novel, THEM. From the author of the memoir, Makes Me Wanna Holler, a new novel set in Atlanta.

In this fiction debut from the author of the bestselling memoir, Makes Me Wanna Holler, Nathan McCall tells the story of a poor, traditionally black neighborhood in Atlanta as it confronts gentrification and the explosive interplay of class, race, and economics.

Nathan McCall is a profesor of African American Studies at Emory University. Them was named one of the best books of 2007 by Publishers Weekly.