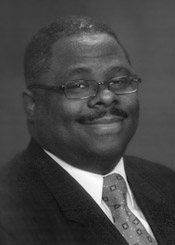 In his new book, Dr. King-Meadows finds that the Voting Rights Act of 1965 is much weaker than previously thought and that it often enables rather than prevents the disenfranchisement of minorities. The book challenges the executive-centered model of leadership and proffers a Congress-centered approach to protecting voting rights.

Drawing from government enforcement data, legislative history, Supreme Court rulings, the 2006 reauthorization debate, and the 2007 scandal involving the firing of U.S. attorneys under the Bush administration, Dr. King-Meadows examines when, why, and how executive and judicial discretion facilitates violation of voting rights. Dr. King-Meadows is associate professor of political science at the University of Maryland, Baltimore County.