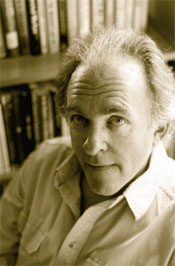 In a love letter to a vanished way of life, Robert Kanigel tells the story of the Great Blasket Island off the west coast of Ireland, notable during the early 20th century for the vivid communal life of its residents and the unadulterated Irish they spoke. With the Irish language rapidly vanishing throughout the rest of Ireland, the Great Blasket became a magnet for scholars and writers, linguists and playwrights, drawn there during the Gaelic renaissance to study and to learn. As we follow these visitors, we become immersed both in the fascinating culture of the 150 or so islanders who, tucked away from the rest of civilization, kept alive an entire country's past, and in the newcomers and island dwellers alike who would bring the island's remarkable story to the larger world.

Robert Kanigel is an award-winning writer and teacher. He is the author of six previous books, including The Man Who Knew Infinity, a finalist for the National Book Critics Circle Award and the Los Angeles Times Book Prize. Most recently he taught at MIT, where he directed the graduate program in science writing.