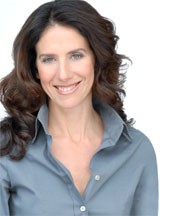 In Delirium, Nancy L. Cohen tells the story of a little-known shadow movement that has fueled America's political wars for 40 years. She traces our current political crisis back to the rise of a well-organized, ideologically driven opposition movement to turn back the sexual revolution, feminism, and gay rights. This sexual counterrevolution, Cohen shows, has played a leading role in shattering both political parties, dividing Americans into irreconcilable warring camps, and polarizing the nation.

Nancy L. Cohen is a historian, writer and contributor to The Huffington Post. She is the author of two books, including The Reconstruction of American Liberalism, 1865-1914. Her writing has appeared in the Los Angeles Times, the Chicago Tribune, Business History Review, and elsewhere.