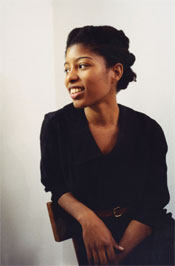 For a century Harlem has been celebrated as the capital of black America, a thriving center of cultural achievement and political action. At a crucial moment in Harlem's history, as gentrification encroaches, Sharifa Rhodes-Pitts untangles the myth and meaning of Harlem's legacy. Examining the epic Harlem of official history and the personal Harlem that begins at her front door, Rhodes-Pitts introduces us to a wide variety of characters, past and present. She compares her own experience of moving to Harlem with accounts from literature of the Harlem Renaissance.

A graduate of Harvard University, Sharifa Rhodes-Pitts received the Rona Jaffe Foundation Writers' Award and was a Fulbright Scholar for 2006-07.