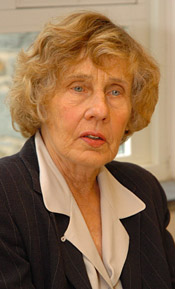 Undoubtedly the most influential advocate for birth control even before the term existed, Margaret Sanger ignited a movement that has shaped our society to this day.Her views on reproductive rights have made her a frequent target of conservatives and so-called family values activists. Yet lately even progressives have shied away from her, citing socialist leanings and a purported belief in eugenics as a blight on her accomplishments. In this new biography, historian Jean H. Baker rescues Sanger from such critiques and restores her to the vaunted place in history she once held.

Trained as a nurse and midwife in the gritty tenements of New York's Lower East Side, Sanger grew increasingly aware of the dangers of unplanned pregnancy, both physical and psychological. Following a botched abortion and the death of the mother, Sanger quickly became one of the loudest voices in favor of sex education and contraception. The movement she started spread across the country, eventually becoming a vast international organization with her as its spokeswoman.

Jean H. Baker is the author of Sisters: The Lives of America's Suffragists and many other books on American history. She is professor of history at Goucher College.