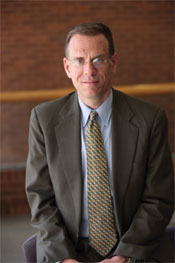 Equal parts investigative legal history and compelling detective tale, Flagrant Conduct is the still-untold story of Lawrence v. Texas, the landmark Supreme Court decision that promises to be the Brown v. Board of gay rights. From the 1998 arrest of Houston defendants John Lawrence and Tyron Garner, charged with sodomy in Lawrence's own bedroom, to the stirring Supreme Court ruling five years later, Flagrant Conduct is an insightful work of formidable scholarship.

Drawing from dozens of new interviews that yield surprising new evidence, Dale Carpenter reexamines the motives of almost every character involved, from the arresting police officers to the brilliant gay-rights attorneys, whose maneuuverings brought the case to national attention, to the nine Supreme Court justices, whose predispositions are on full display. With the legal battle over gay marriage looming, this first complete history of Lawrence v. Texas, which expanded the legal rights of millions of gay and lesbian Americans, could not be timelier.

Dale Carpenter is the Earl R. Larson Professor of Civil Rights and Civil Liberties Law at the University of Minnnesota Law School.

Presented in partnership with ACLU of Maryland.