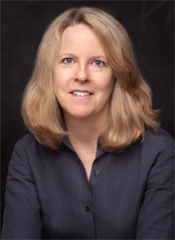 In 1916 Dorothy Woodruff and Rosamond Underwood, childhood friends and Smith College graduates, left their affluent lives in Auburn, New York, and went off to teach the children of homesteaders in a remote schoolhouse on the Western Slope of Colorado. Dorothy Woodruff was the grandmother of New Yorker executive editor Dorothy Wickenden. Nearly 100 years later Wickenden found the detailed, colorful letters the two women wrote to their families and set out to discover what two intrepid Eastern women found when they went West.

Before joining the New Yorker in 1996, Dorothy Wickenden was national affairs editor at Newsweek (1993-1995)and was the longtime executive editor at The New Republic. She has also written for the Wall Street Journal and the Washington Post, and was a Nieman Fellow at Harvard.