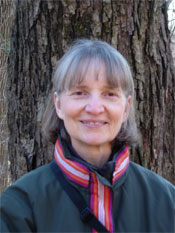 On August 28, 1963, as Martin Luther King delivered his "I Have a Dream" speech from the steps of the Lincoln Memorial, a civil rights victory occurred in Baltimore. Segregation finally ended at Gwynn Oak Amusement Park when 11-month-old Sharon Langley became the first African American child to ride on the park's classic merry-go-round. In Round & Round Together, Amy Nathan tells the story of that merry-go-round and the nearly decade-long effort to integrate Gwynn Oak Amusement Park.

Amy Nathan is the author of Yankee Doodle Gals, Count On Us, and Take a Seat--Make a Stand. She grew up in Baltimore where she went to Western High School.

Veterans of the Civil Rights movement in Baltimore who are featured in the book -- Lu Coleman, Charles Mason, John Roemer, Mary Sue Welcome, and Lydia Wilkins -- will share their memories of this historic time.