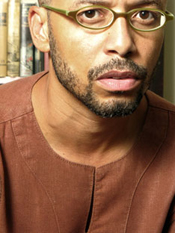 Armed with only early boyhood memories, Lawrence P. Jackson begins his quest by setting out from his home in Baltimore for Pittsylvania County, Virginia, to try to find his late grandfather's old home by the railroad tracks in Blairs. My Father's Name tells the tale of the ensuing journey, at once a detective story and a moving historical memoir, uncovering the mixture of anguish and fulfillment that accompanies a venture into the ancestral past, specifically one tied to the history of slavery.

Jackson's dogged research in libraries, census records, and courthouse registries enables him to trace his family to his grandfather's grandfather, a man who was born or sold into slavery but who, when Federal troops abandoned the South in 1877, was able to buy forty acres of land. Jackson reconstructs moments in the lives of his father's grandfather, Edward Jackson, and great-grandfather, Granville Hundley, and gives life to revealing narratives of Pittsylvania County, recalling both the horror of slavery and the later struggles of postbellum freedom.

Lawrence Jackson is professor of English and African American studies at Emory University. He is the author of The Indignant Generation: A Narrative Histoyr of African American Writers and Critics, 1934-1960 and Ralph Emerson: Emergence of Genius.