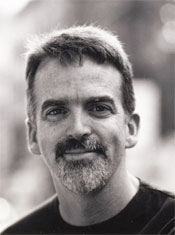 As a prelude to the Star-Spangled Sailabration, an international parade of ships sailing into Baltimore's Inner Harbor June 13 - 19, David Taylor talks about the U.S. Navy's official commemorative book of the 200th anniversary of the War of 1812. Taylor and coauthor Mark Collins Jenkins present historical recollections, personal reminiscences of the war, and detailed histories through vibrant images and intimate stories. The book features photographs, period illustrations, historic documents, maps, letters, ephemera, and artifacts, including fascinating finds from the Navy's most recent underwater excavation of the war's lost ships.

David Taylor is the author of the award-winning books Soul of a People: The WPA Writers' Project Uncovers Depression America; Ginseng, the Divine Root; and Success: Stories, a fiction collection. He has written and co-produced documentary films for PBS, the National Geographic Society, Discovery Channel, and the Smithsonian Channel, including "Soul of a People," which was nominated for a 2010 Writers Guild award.