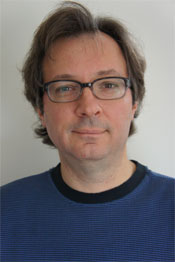 Syndicated columnist and political cartoonist Ted Rall revisits the rapid rise and dizzying fall of Barack Obama, and the emergence of the Tea Party and Occupy movements, and draws a startling conclusion: We the People weren't lied to. We lied to ourselves, both about Obama and the two-party system. We voted when we ought to have revolted.

Ted Rall is the winner of numerous awards and honors, including the Robert F. Kennedy Journalism Award for Outstanding Coverage of the Problems of the Disadvantaged (twice) and a finalist for the Pulitzer Prize. He is the author of 16 books, including Revenge of the Latchkey Kids, The Anti-American Manifesto, and To Afghanistan and Back. Outspoken and often controversial, Ted Rall is a frequent guest on Fox News, Al Jazeera, and Russia Today TV.