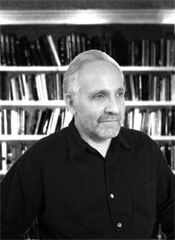 When Barack Obama took office, he brought with him a new group of foreign policy advisers intent on carving out a new global role for America in the wake of the Bush administration's war in Iraq. James Mann, the author of Rise of the Vulcans, offers a definitive, even-handed account of the messier realities they've faced in implementing their policies.

In The Obamians, Mann takes readers inside the back rooms of the White House, Pentagon, State Department and CIA to reveal the interplay of events, ideas, personalities and conflicts that drive America's foreign policy at the highest levels. At the heart of the struggle to enact a coherent and effective set of policies are the generational conflicts between the Democratic establishment (Robert Gates, Hillary Clinton, Joe Biden) and Obama and his inner circle of largely unknown, remarkably youthful advisers who came of age after the Cold War had ended.

A former newspaper reporter, foreign correspondent, and columnist, James Mann is now an author-in-residence at Johns Hopkins University School of Advanced International Studies. In addition to the bestselling Rise of the Vulcans, he has written three books about America's relationship with China. He was awarded the Edward Weintal Prize in 1999 for distinguished coverage of foreign policy, and he was also a two-time winner of the Edwin M. Hood Award for diplomatic reporting.