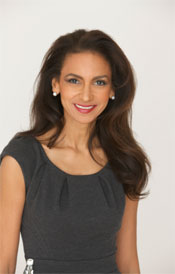 The Harcourts of Chevy Chase, Maryland, are a respectable middle class, middle-aged, mixed-race couple with four marriageable daughters. One of the daughters, Elizabeth (Bliss) moves back home in the aftermath of a messy divorce and begins working on her Ph.D. When her younger sister Diana becomes the star of a local Bachelorette-style reality television show, "The Virgin," Bliss gets drawn into the romantic drama that ensues.

Susan Fales-Hill is the author of One Flight Up and the memoir, Always Wear Joy. A contributing editor at Essence, her writing has also appeared in Vogue, Town & Country, and Travel & Leisure.