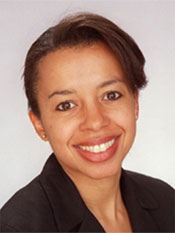 In American Tapestry, Rachel Swarns unearths the hidden story of First Lady Michelle Obama's multiracial ancestors, a history that she herself did not know. It traces the black, white and multiracial forebears of the nation's first African American first lady back to the 19th century and reveals, for the first time, the identity of Mrs. Obama's white great-great-great grandfather, a man who remained hidden for more than a century in her family tree.

Rachel L. Swarns has been a reporter for the New York Times since 1995. She has written about domestic policy and national politics, reporting on immigration, the presidential campaigns of 2004 and 2008, and First Lady Michelle Obama. She has also worked overseas for the Times, reporting from Russia, Cuba and southern Africa where she served as the Johannesburg bureau chief.