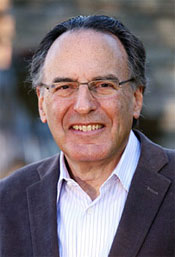 According to Harold Kwalwasser, former general counsel of the Los Angeles Unified School District, it is the parents' duty to drive school reform. Parents who participate in their children's school activities are able to see clearly a school's strengths and weaknesses better than Washington or the states. Parents and taxpayers can play a key role in the reform of public education, but they must know what a well-managed, high-performing school looks like.

Kwalwasser visited 40 high-performing schools to see what it takes for an education system to succeed. He found that high performance and improvement in schools is possible given commitment to institute change. His book can be used as a guide for parents and taxpayers to drive reform locally.

Harold Kwalwasser is an expert on school management and education policy and politics. He served on the staffs of three U.S. Senators and was Deputy General Counsel/Legal Counsel for the Department of Defense during the Clinton administration.