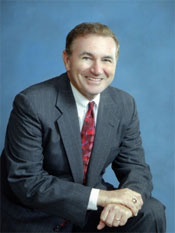 Charles Heller's early childhood in Czechoslovakia was idyllic until, when he was three, Germany occupied his country. In his memoir, Heller narrates his family's story during those hellish years. Son of a mixed marriage, he was raised a Catholic and was unaware of his Jewish roots, even after his father escaped to join the British army and fifteen members of his family disappeared. Before being sent to a slave labor camp, Heller's mother hid him on a farm to avoid deportation. After the war, he left the horrors of the past to live the proverbial "American Dream" in the United States. Following Czechoslovakia's Velvet Revolution, two cataclysmic events brought Heller face-to-face with demons of his former life; he discovered and embraced his heritage which he had abandoned decades earlier.

An Annapolis resident, Charles Heller has had a varied career as an engineer, an entrepreneur, a teacher, and now as a writer.