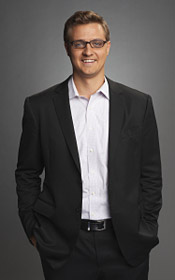 In Twilight of the Elites, Chris Hayes outlines the effects, and then the cause, of America's crisis of authority, and calls for a sweeping overhaul of the social order. Over the last decade, America has had to adjust to economic and political dysfunction and the near-total failure of each pillar institution of our society. Hayes offers an original theory about how we came to this pass and concludes that the meritocratic system upon which we depend to select the country's best and brightest is fatally flawed, creating a ruling elite that is no longer functional.

Chris Hayes is editor-at-large of The Nation and host of "Up With Chris Hayes" on MSNBC. He has been a fellow at Harvard University's Edmond J. Safra Foundation Center for Ethics and at the New America Foundation. Since 2003 he's written about political culture and political economy for numerous publications including the New York Times Magazine, Time, The New Republic, and The Guardian. Hayes is a graduate of Brown University.