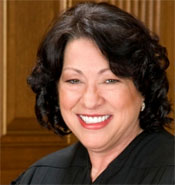 Sonia Sotomayor was appointed to the Supreme Court in 2009. My Beloved World is the story of her life before she became the first Hispanic appointed to the court: her childhood in a Bronx housing project; her relationship with her grandmother who sheltered her from the meanness of the South Bronx; her dogged and brilliant march through public schools and the Ivy League; and her extraordinary legal career. My Beloved World is a book about self-discovery; Sotomayor, at the pinnacle of legal achievement, is still dazzled by the possibilities in America.

The Ivy Bookshop will have copies of the book, in English and Spanish language editions, for sale at the event.