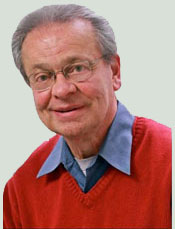 In 1961 President Eisenhower warned Americans about the dangers of a "military industrial complex." Today, as more and more Americans fall into poverty and the global economy spirals downward, the U.S. is spending more on the military than ever before. Melvin Goodman, a 24-year veteran of the CIA, argues that U.S. military spending is making Americans poorer and less secure, while undermining our political standing in the world. Drawing on his first-hand experience with war planners and intelligence strategists, Goodman offers an insider's critique of the U.S.  military economy and outlines a much-needed vision for how to alter our military policy, practices and spending.

Melvin Goodman was a Soviet analyst at the CIA and the Department of State for 24 years and a professor of international relations at the National War College for 18 years. Currently he is Senior Fellow at the Center for International Policy in Washington and adjunct professor of government at Johns Hopkins University.