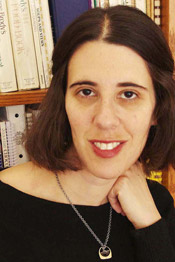 Inextricably connected to issues of autonomy, privacy, and sexuality, the abortion debate remains home base for the culture wars in America. Yet, as Sarah Erdreich argues in Generation Roe, there is more common ground than meets the eye in favor of choice. Erdreich tells the stories of those who risk their lives to pursue careers in the abortion field. She also outlines the legislative battles that are being waged against abortion rights around the country. A women's health advocate, Sarah Erdreich has worked for several prominent pro-choice organizations and written for numerous publications.

Presented in partnership with Planned Parenthood of Maryland.