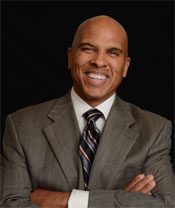 When the U.S. inaugurated its first African American president in 2009, many wondered if the country had finally become a post-racial society. In Ghosts of Jim Crow, F. Michael Higginbotham argues that we're far from that imagined utopia. Indeed, the shadows of Jim Crow era laws and attitudes continue to perpetuate systemic prejudice and racism in the 21st century. Using history as a road map, Higginbotham arrives at a provocative solution for ridding the nation of Jim Crow's ghosts, suggesting that legal and political reform can successfully create a post-racial America, but only if it inspires whites and blacks to significantly alter behaviors and attitudes of race-based superiority and victimization.

F, Michael Higginbotham is the Wilson H. Elkins Professor of Law at the University of Baltimore School of Law. He is the author of Race Law: Cases, Commentary, and Questions.