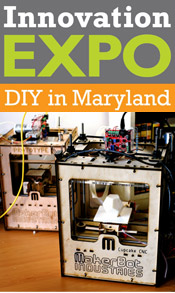 John Shea and Piper Watson from the Station North Tool Library talk about their experience developing the Tool Library over the course of a year - the doors now having been open for two months.  They also share how they garnered support from the community, area organizations, and other lending libraries to set up this lending model to be a success and moving towards self-sustainability.

Mary Murphy from the Center for a New American Dream introduces people to New Dream's how-to guides and webinars that support collaborative consumption and the local economy.  Her goal is to build New Dream teams of people who are actively engaged in sharing ventures and supporting local business throughout Maryland. 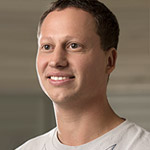 Corey Fleischeris a senior mechanical engineer with almost ten years of practical, hands on experience, who's most recent list of accomplishments includes being chosen as a contestant on the Discovery Channel’s The Big Brain Theory:  Pure Genius and taking a leading role in the construction of a brand new Maker Space for the Baltimore area, The Foundery, slated to open to the public this summer.  As Corey's career path demonstrates, The Maker Revolution has been and continues to be an ever increasing driving force in today’s generation of inventors. Corey’s passions for engineering and scientific advancement have driven him to be a successful mechanical engineer who has received special recognitions from Lockheed Martin. This same passion, which Corey shares with so many other fellow Makers, is driving innovation and technological advancements in garages and backyards throughout the United States.

During his presentation, Corey discusses this emerging trend; the role that local libraries and other social institutions play in its development; and its continued relevance for future generations of Makers.

The Innovation Expo was sponsored by The Maryland State Department of Education Division of Library Development & Services, The Enoch Pratt Free Library/State Library Resource Center, FutureMakers, and the Object Lab at Towson University. Additional support given by the Station North Tool Library and the Center for a New American Dream.