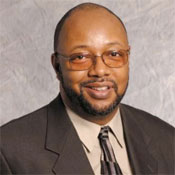 Freeman takes place in the first few months following the Confederate surrender and the assassination of Abraham Lincoln. Sam, a runaway slave who once worked for the Union Army, decides to leave his safe haven in Philadelphia and sets out on foot for the war-torn South in search of his wife Tilda. Meanwhile Sam's wife is being forced to walk at gunpoint with her owner and other slaves from Mississippi to Arkansas. A third character, Prudence, is a fearless, headstrong white woman of means who leaves her Boston home to start a school for former slaves in Mississippi.

Leonard Pitts, Jr. won the 2004 Pulitzer Prize for commentary for his twice-weekly syndicated column which appears in more than 200 newspapers, including the Baltimore Sun. He is the author of the novel Before I Forget and the memoir Becoming Dad.