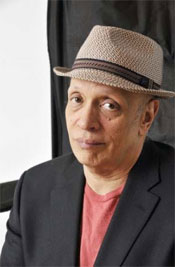 When Walter Mosley burst onto the literary scene in 1990 with his first Easy Rawlins mystery, Devil in a Blue Dress, he captured the attention of hundreds of thousands of readers. Eleven books later, Easy Rawlins is one of the few private eyes in contemporary crime fiction who can be called iconic and immortal. In the incendiary and fast-paced Little Green, he returns from the brink of death to investigate the dark side of L.A.'s 1960s hippie haven, the Sunset Strip.

Walter Mosley is the author of more than 40 books. He is the winner of numerous awards, including an O. Henry Award, a Grammy, and PEN America's Lifetime Achievement Award.