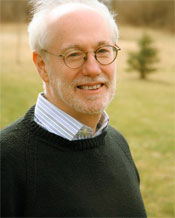 Joseph Patrick Kennedy, patriarch of America's greatest political dynasty, is widely remembered as an indomitable, elusive, fatally flawed figure. In The Patriarch, historian David Nasaw reveals a man far more complicated than the popular portrait. Drawing on never-before-published materials from archives on three continents, Nasaw examines those parts of Joseph Kennedy's life that have long been shrouded in rumor and prejudice. Trained as a banker, Kennedy was also a Hollywood mogul, a stock exchange wizard, a shipyard manager, the founding chairman of the Securities and Exchange Commission, and ambassador to London during the Battle of Britain. A loving and attentive father, he raised his nine children to devote their lives to service and to be as confident and stubborn as he was.

David Nasaw is the author of Andrew Carnegie, which was a New York Times Notable Book of the Year and a finalist for the Pulitzer Prize, and The Chief: The Life of William Randolph Hearst, which won the Bancroft Prize for history. Nasaw is the Arthur M. Schlesinger, Jr. Professor of History at the Graduate Center for the City University of New York.