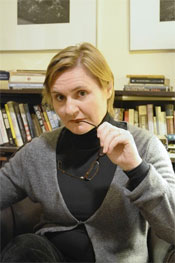 Men and women disappeared, were arrested, imprisoned, interrogated, tortured, put on trial, convicted, and sentenced to forced labor camps in Czechoslovakia between 1948 and 1989. Czech Political Prisoners is the story of men and women who survived Czechoslovakian concentration camps under the Communist regime.

Today, in the Czech Republic, as well as in other post-socialist countries, the desire to reconcile is not limited to survivors of camps, prisoners and dissidents. People from the younger generations are asking questions about crimes, punishment and forgiveness related to the Communist regime in Central and Eastern Europe. The book purports to expose individual and communal experiences, subjectivity and consciousness hidden in the ruins of memories of socialism in Czechoslovakia.

Dr. Rehak is professor of anthropology at University of Maryland, Baltimore County.