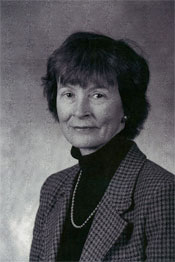 Historian Susan Zuccotti tells the story of Père Marie-Benoît, a courageous French Capuchin priest who risked everything to hide Jews in France and Italy during the Holocaust. From monasteries first in Marseille and later in Rome, Père Marie-Benoît worked with Jewish co-conspirators to build remarkably effective Jewish-Christian rescue networks. Acting independently without Vatican support but with help from some priests, nuns, and local citizens, he and his friends persisted in their clandestine work until the Allies liberated Rome.

After the war, Père Marie-Benoît maintained his wartime Jewish friendships and devoted the rest of his life to Jewish Christian reconciliation. In addition to her research in French and Italian archives, Susan Zuccotti personally interviewed Père Marie-Benoît, his family, Jewish rescuers with whom he worked, and survivors who owed their lives to his network.

Susan Zuccotti is author of The Italians and the Holocaust: Persecution, Rescue, and Survival; The Holocaust, the French, and the Jews; and Under His Very Windows:The Vatican and the Holocaust in Italy. She has taught Holocaust history at Barnard College and Trinity College.