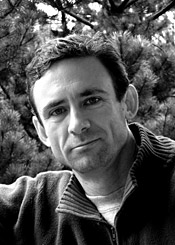 Bestselling author Chuck Palahniuk talks about his new book, Doomed, the sequel to Damned. Madison Spencer, the liveliest and snarkiest dead girl in the universe, continues the afterlife adventure begun in Damned.

Just as that novel brought us a brilliant Hell that only Palahniuk could imagine, Doomed is a dark and twisted apocalyptic vision that describes the ultimate showdown between Good and Evil. After a Halloween ritual gone awry, Madison finds herself trapped in Purgatory -- or, as mortals know it, Earth. Yet Madison has been in Satan's sights from the very beginning, as through her and her narcissistic celebrity parents he plans to engineer an era of eternal damnation. For everyone. Once again, our unconventional but plucky heroine must face her fears and gather her wits for a battle of a lifetime.

Also appearing on this program with Chuck Palahniuk: authors Monica Drake (The Stud Book) and Chelsea Cain (Let Me Go).