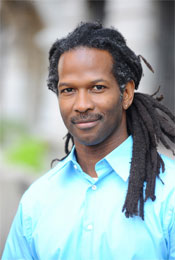 Dr. Carl Hart shares his story of growing up in one of Miami's toughest neighborhoods and how it led him to his groundbreaking work in drug addiction. As a youth, Carl Hart studied just enough to stay on the basketball team. At the same time, he was immersed in street life. Today he is a cutting-edge neuroscientist -- Columbia University's first tenured African American professor in the sciences -- whose landmark, controversial research is redefining our understanding of addiction.

Presented in partnership with the University of Maryland School of Social Work.