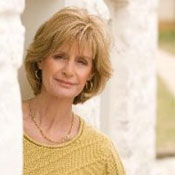 Cold-case detective Parker McCall has spent 15 years trying to solve his brother's murder. Now a chance photo of the killer in the newspaper sets him hard on the woman's trail. A former teenaged runaway, reclusive, award-winning photojournalist B.K. (Brynn) Elliot chronicles the harsh reality of life on the streets -- until a photo in the paper reveals her idenity, blowing the lid off her secret past. With a powerful murderer now dogging her heels, and her police officer stepfather determined to silence her permanently, the last person she can afford to trust is a cop. Will sexy Parker McCall betray her or heal her battered heart? This first in the "Buried Secrets" trilogy features some scenes in the Pratt's Central Library.