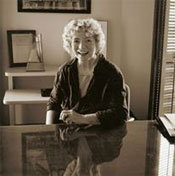 Woman Lawyer tells the story of Clara Foltz, the first woman admitted to the California Bar. Famous in her time as a jury lawyer, public intellectual, leader of the women's movement, inventor of the role of public defender, and legal reformer, Foltz has been largely forgotten until recently. Barbara Babcock recreates Foltz's eventful life and also casts new light on the turbulent history and politics of the late 19th century and the many links binding the women's rights movement and other movements for civil rights and legal reform.

Barbara Babcock, Judge John Crown Professor of Law, Emerita, at Stanford University, was the first woman appointed to the regular faculty at Stanford Law School. She was the first director of the Public Defender Service in Washington, D.C., and served as an Assistant Attorney General for the Civil Division in the Carter administration.