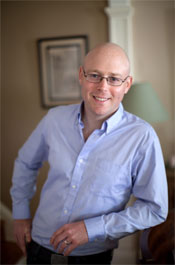 In the fall of 1944, an American bomber carrying eleven men vanished over the Pacific islands. According to mission reports, the plane when down in shallow water, but investigators could not find the wreckage. Witnesses saw the crew parachute to safety, but the men were never seen again. For 60 years, the U.S. government, the children of the missing men, and a maverick team of scientists and scuba divers searched the islands for clues. Vanished tells the true story of the missing men, their final mission, the families they left behind, and the real reason their disappearance remained shrouded in secrecy for so long.

Wil S. Hylton is a contributing writer at the New York Times Magazine. His work has been featured in numerous publications including Harper's, GQ, Esquire and Rolling Stone. He lives in Baltimore.