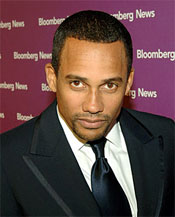 After the publication of the bestselling Letters to a Young Brother, Hill Harper received many letters from inmates looking for a connection with a successful role model. His new book, Letters to an Incarcerated Brother, provides advice and inspiration for the thousands of African American men behind bars and the people who love them.

Hill Harper has won three NAACP Image Awards for his portrayal of Dr. Sheldon Hawkes on "CSI:NY." He currently stars on USA Network's "Covert Affairs." He has written four books, including Letters to a Young Sister. Harper holds degrees from Brown University, Harvard Law School, and the Kennedy School of Government.