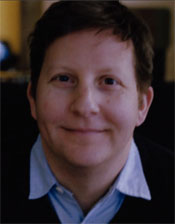 In a compelling tale of unsolved murder and Internet prostitution, award-winning investigative reporter Robert Kolker delivers a haunting and humanizing account of the true-life search for a serial killer still at large on Long Island. In 2010 Shannan Gilbert went missing in the oceanfront community of Oak Beach. Seven months later four bodies, all wrapped in burlap, were found alongside a nearby highway, but none of them was Shannan's. All four women, like Shannan, were petite, in their twenties, came from out of town to work as escorts, and advertised on Craigslist and Backpage. Robert Kolker presents the first detailed look at the shadow world of escorts in the Internet age where making a living is easier than ever and the dangers remain all too real.

Robert Kolker is a New York magazine contributing editor and a finalist for the National Magazine Award. He writes frequently about issues surrounding criminal justice and the unforeseen impact of extraordinary events on everyday people.